In Prague, most tourist attractions are located in a relatively small space, and the most popular ones can be managed in a single day. The advantage is that they can be walked on foot.

The center of Prague is mostly paved with historical cobblestone, so for sightseeing, it is ideal to wear comfortable sports shoes, in which the planned trip can be easily made. So if you have only one day to Prague, we recommend the following route.

Start of the route – Prague Castle 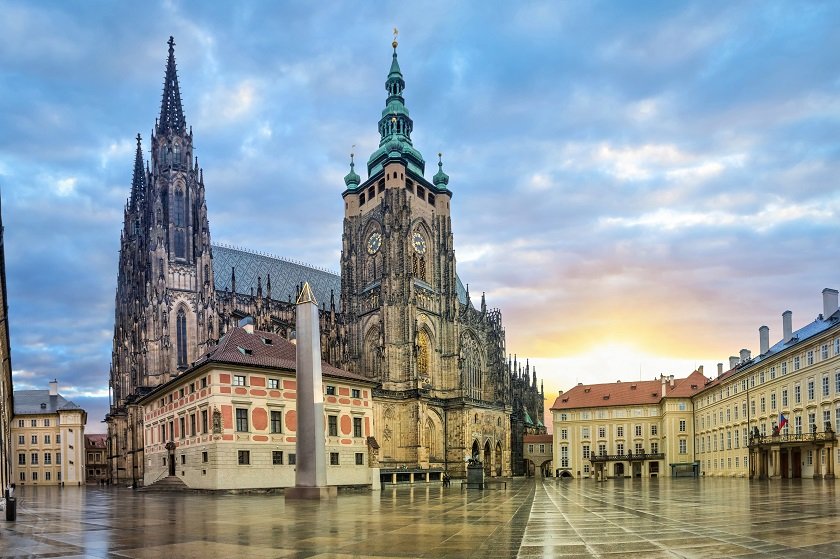 To make walking in the old Prague as comfortable as possible, it usually starts at Prague Castle. It is built on a hill and all the roads then only go down. The Castle can be reached from the Hradčanská metro station, but a better choice is the Prague Castle tram stop, which is the closest. An alternative is to get off at the Pohořelec tram stop; from where it takes only about 15 minutes to reach the Castle, passing around several palaces, squares and Loreta.

Prague Castle is the seat of the President of the Czech Republic and was founded in the 9th century. It is a UNESCO World Heritage Site and is one of the largest castle complexes in the world. The gates are guarded by the castle guard, which alternates every day exactly at 12:00. It also includes St. Vitus Cathedral, where the Czech kings were crowned.

The castle is the destination of practically every tourist who visits Prague. In addition to the tours themselves, they are also attracted by the view of historical Prague, which is truly wonderful. 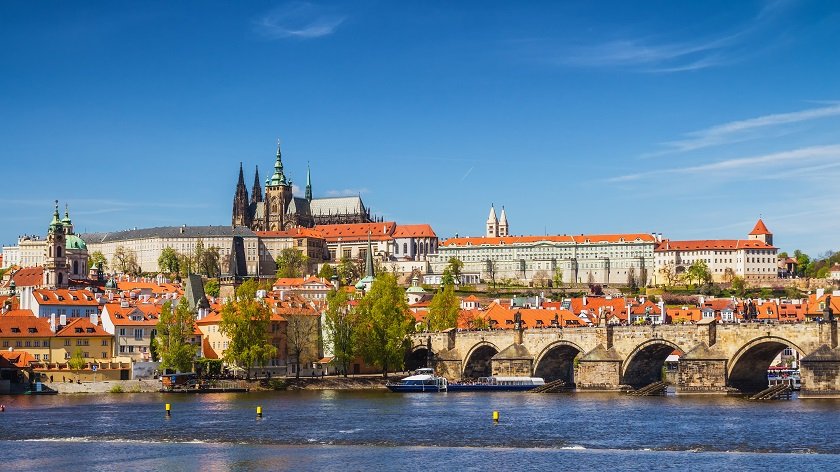 The well-known Nerudova Street, lined with historic houses with their own names and signs above the entrance, leads straight down from the Castle. For example, there is the House At the Two Suns, where the important Czech writer Jaroslav Neruda lived, after whom the whole street is named. Nerudova Street was part of the Royal Route during the coronation procession, which led from Charles Bridge.

At the end of the street is the Lesser Town Square, which is considered the center of the Lesser Town. Its main landmark is the baroque church of St.Nicholas. Mostecká Street leading from the edge of Malostranské Square leads directly to the Charles Bridge named after the most important Czech king, Charles IV. It is the most frequented tourist place in Prague, and except in the early morning hours, there are always crowds.

To complete the list of the most famous places of Prague, the route must include two main Prague squares: Old Town and Wenceslas Square 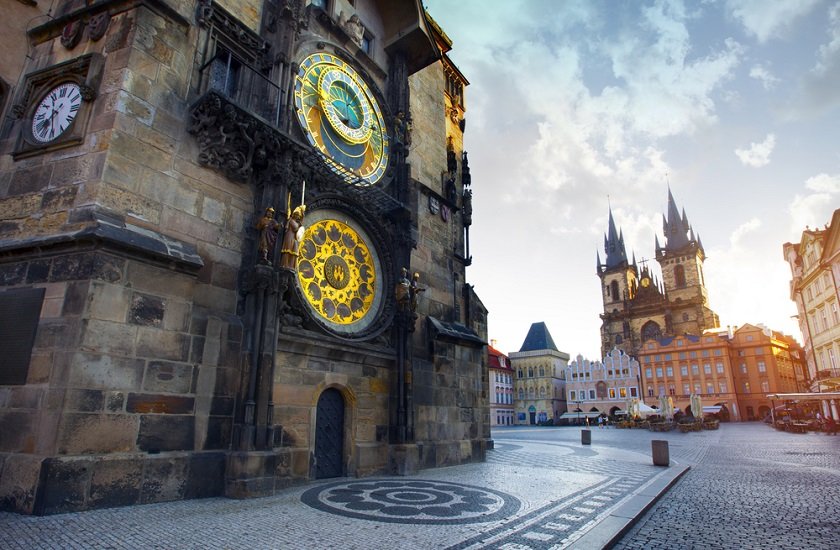 Charles Street leads from Charles Bridge to the Old Town Square. On it, there is the Old Town Hall with the Astronomical Clock, where every hour from 09:00 to 23:00, 12 Apostles take a turn appearing in two doorways. For tourists, this is a unique experience so they will always fill the square just before the start of the show.

The Old Town Square is surrounded by a number of important houses and palaces, such as the Kinsky Palace, which is part of the National Gallery. At Easter and Christmas, the square is filled with markets and is also where the Christmas tree lights up every year.

The last place of a one-day walk through Prague is the large Wenceslas Square, at the top of which stands the equestrian statue of St. Wenceslas on a horse. The place under the statue is a frequent meeting place. Behind the statue, there is the reconstructed building of the National Museum that dominates the whole square.

Wenceslas Square is not only the largest Czech boulevard, but also a venue for important events related to Czech history.

The route above represents the most important sights in Prague and if there is only one day to explore the city, these are the places that should not be missed.